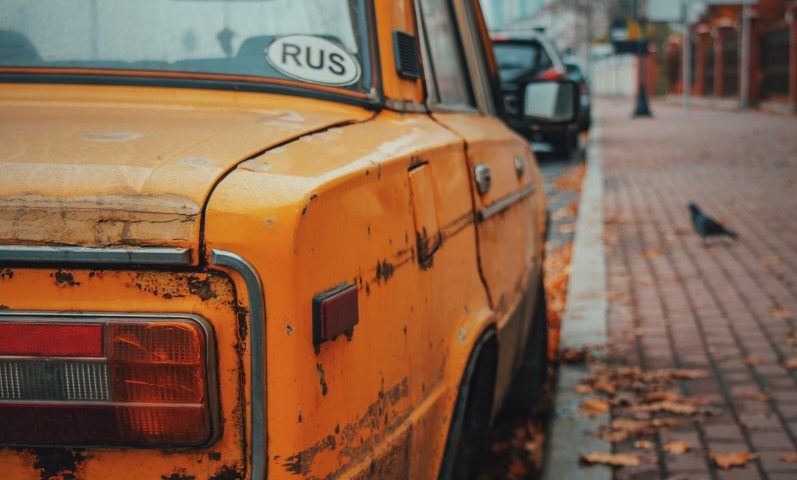 Rust on cars. They look horrible, cause terrible leakages, damage vehicle parts, and expose you to potential health issues –including a potential risk of exposure to carbon monoxide poisoning. So what do you do when you see it?

Take the car to the auto shop obviously because an auto shop is uniquely suited and equipped to repair rust damage on the body of your vehicle. However, you need to do so very quickly –typically as soon as you spot the rust.

This is important because most people typically don’t check for rust even when they’re doing their oil change or routine maintenance. Always check for rust particularly under the carriage if you live in humid or snowy areas. Vehicles in these areas are typically more prone to rust issues.

Why is Ignoring a Rust Spot Dangerous?

Apart from the fact that rust just looks bad, vehicles with rust issues are more likely to sustain really bad damage during an accident as seen in this Auto Week article. Since rush weakens the structural integrity of your vehicle by eating away at the parts, a bad collision can really hurt you and/or your loved ones.

For example, imagine suddenly running into a pothole on the freeway, and finding that the back half of your car has detached and it’s just your front half that’s running.

Worse, imagine you had your kids strapped into the back. Of course, this is a very extreme scenario, but the idea is to help you see just how dangerous unchecked rust can be.

Is Fixing a Vehicle With Rust Even Worth it?

Well, there’s a reason rust is often referred to as “rot” among auto technicians and mechanics. If you don’t do anything about it, it will eventually get so bad that it might be near impossible to repair the car rust.

Unfortunately, many vehicle owners don’t pay as much attention to rust issues like they should –particularly when it’s hidden away under the carriage.

However, if you repair it, you can still salvage your vehicle, protect your life and your loved ones, and drive it until you’re ready to sell or give it away. Fixing a rust issue can easily save you a lot of money. This is money that you’d have spent on buying new parts or even a new car.

For example, if rust eats into the base of your vehicle, your car will always get flooded whenever you run through a puddle. This is not only embarrassing, it is uncomfortable. And if you leave it for long enough, you’ll end up damaging crucial electrical components of the vehicle.

Don’t wait until it’s too late to fix that rust. No matter how small it is, like a sore, it’ll only get worse if you ignore it or keep putting off the repairs. Contact our experienced auto repair team at Valley Collision for the solutions to car repairs today.