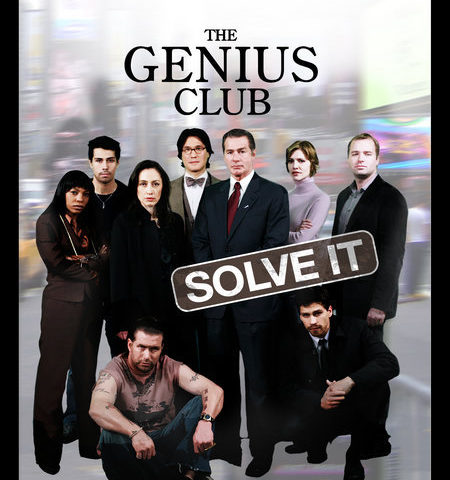 If you are a fan of drama or thriller movies, you should get ready with your popcorns to enjoy director Tim Chey’s Powerful Film ‘‘The Genius Club’’ that presents an interesting story. The movie, released in 2006, presents the story of seven individuals who attempt to solve a world’s problem in a single night. The movie is 119 minutes long, and therefore, you can be assured of spending your 2hours getting thrilled.

The Genius Club has premiered on Epoch Times, one of the world’s leading media houses. Epoch TV has a huge audience in different parts of the world and, therefore, will provide Director Tim Chey with a platform to showcase one of his amazing works. Tim Chey is one of the faith-based producers who has featured in more than 15 films. Among other works done by the director are David and Goliath, Freedom, The Islands, and Interview with the Antichrist. His works have received a lot of credit as being some of the best faith-based movies of all time.

When watching a thriller or drama, people expect the movie or series to be highly interesting for them to continue watching. The Genius Club is one of the similar movies that will leave you wishing to see the entire film. The crew attempts to prevent a nuclear bomb from going off at Washington DC. Therefore, the movie’s entire storyline will get you thrilled as you anticipate what will happen next.

Is the Genius Club thrilling?

If you are looking for a thriller movie worth your time, the Genius Club is your ideal option. The Genius Club is the type of movie that will keep you glued to your screen the entire time. Have you ever watched a movie and had to pause it every time you had to get something, likely a glass of water? The Genius Club is one such movie because you will not wish to skip any of the scenes. The movie presents unique scenes that unfold the drama to be expected in the next scenes. Since the film’s release, it has gained a lot of fame due to its interesting nature.

The storyline of the Genius Club surrounds a request that has been given by a lunatic to the president of the United States to solve all of the world’s problems in a single night. Failure to which, the world would come to an end. The movie surrounds various dramatic scenes as the geniuses attempt to solve problems such as cancer, war, terrorism, jerks, hunger, and traffic. These scenes leave the viewer wondering whether the problems would be solved in one night or whether the world would come to an end. It is such a rush that makes the movie unique and interesting.

People tend to check the online credits of a movie before they can watch it. If a movie has bad credit, it is less likely to be watched by many people. If the movie has good credits, every person would be willing to watch it. Director Tim Chey’s Powerful Film ‘The Genius Club’ is one of the movies with good credits, and many people have watched it ever since it was released. Therefore, you should not miss out on being one of the many people that have enjoyed the dramatic and thrilling experience of the Genius Club.

The Genius Club is not just good for entertaining but also has a moral lesson. It offers an insight into the vast problems that people have to deal with in the world. It also shows that those in power can solve these problems but have to make much effort in solving them. It raises the question of what needs to be done to enable the powerful in society to solve the world’s problems.